This tutorial is a guest post from A-lister, Sr. RPA Consultant & Solutions Architect at Master-Works, and You Tuber Azhar Hossain. Azhar is a creative problem solver and someone with a genuine passion for tech & automation. He was generous enough to create this really fun Siri & Automation Anywhere integration video to share with the Automation Anywhere developer community as a part of #BotGames.

Bots are awesome. They enable individuals and organizations to automate repetitive, mundane, and mind-numbing work. Most commonly though, people are running their bots using basic schedules or directory-watching triggers. In this tutorial, we want to explore how users can interface with Siri to trigger bots on an unattended bot runner…and while triggering itself is cool, A-Lister Azhar Hossain takes things even further by also passing data from Siri to a bot so that the bot can take appropriate action based in an input.

To follow along with this tutorial you’ll need 2 main things that not EVERYONE will have, so just wanted to call that out here: 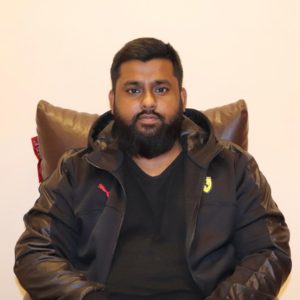 Azhar is on the Top 20 global RPA thought leader & influencer list published by Thinkers360. He is passionate about helping people in all aspects of digital transformation. He loves creating YouTube videos and playing video games.

You can find more of his work on YouTube and also find him on LinkedIn.