Give Us  Feedback
BACK

This tutorial is a guest post from Santosh Kumar Sabat from Giant Eagle – a grocery store and pharmacy chain in the United States. If you have an idea for a blog post or tutorial that you think would benefit the Automation Anywhere developer community, let us know at developer@automationanywhere.com.

Bots that can automate business processes clearly add immense value to organizations looking for a productivity boost. For many organizations, however, the robotic process automation happens invisibly to operational staff who may benefit from additional details around the status of bot executions, in addition to processing details like number of tasks completed or confirmation numbers. In order to provide this additional visibility to support staff, operational staff, and CoE leads – bots can be integrated with Microsoft Teams notifications to update different Teams channels when certain processing events occur.

In this tutorial, we’ll take a look at how Microsoft Teams channel notifications can be sent directly from within a bot.

Automation 360 provides the ability to execute bots on headless bot runners to automate the manual tasks that many organizations are faced with. Through the use of Incoming Webhook connections in Microsoft teams, now those bots that were once running mostly invisibly to users can send out notifications to different Teams channels. Get creative with when and where you invoke such notification functionality: 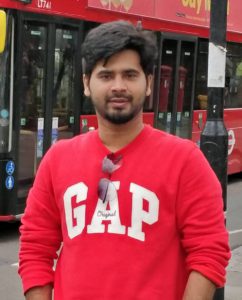 Santosh is an Intelligence Automation developer in the RPA space with 4 years of experience using Automation Anywhere. In his free time, he enjoys watching scientific and action movies.

When he’s not building bots, you can find Santosh on Linkedin as well as on the forums of APeople